You are here:
Emotional Intelligence 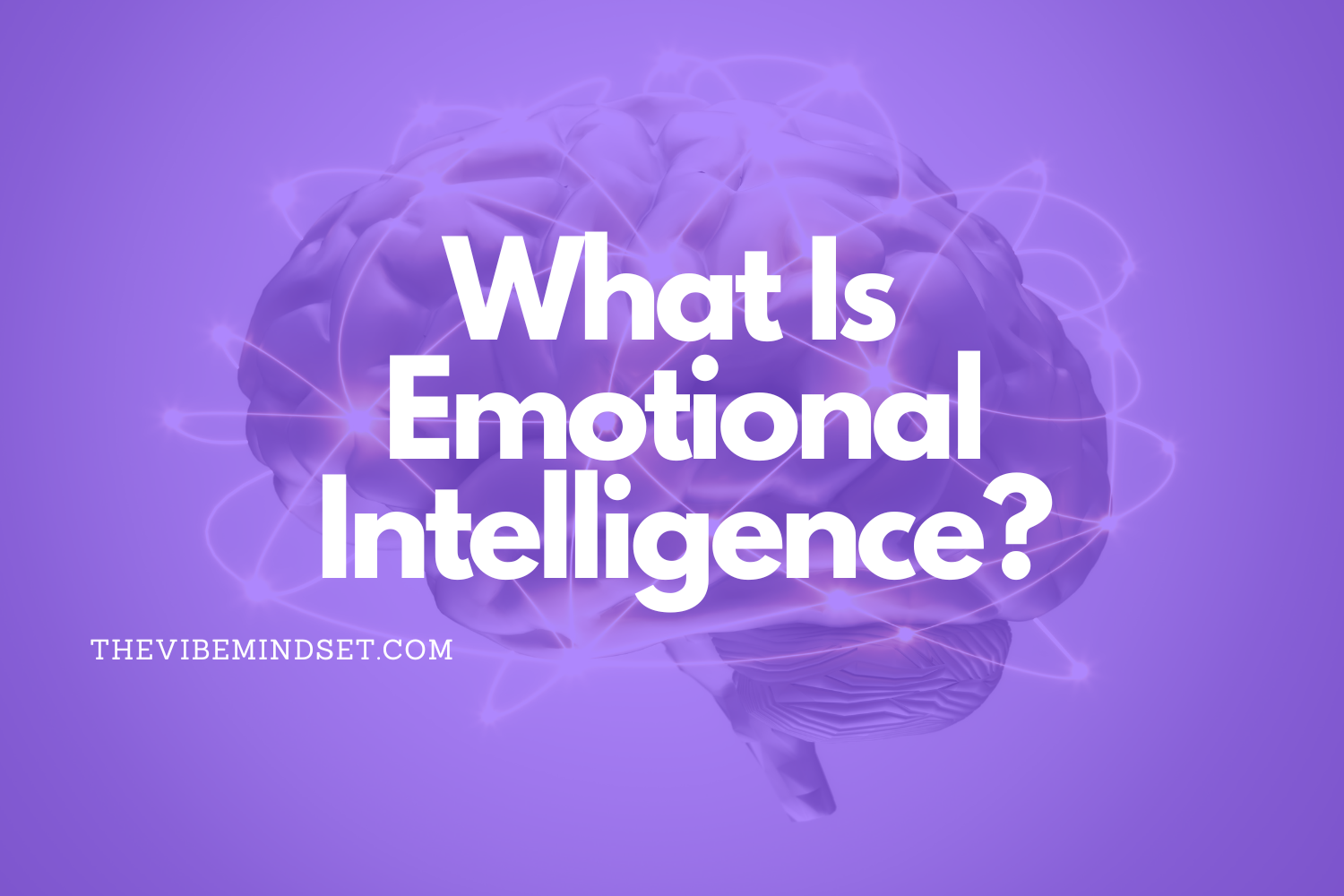 Emotional intelligence is the ability to recognize, understand, and manage one’s own emotions and empathize with the feelings of others, and use this awareness to manage one’s own behavior and relationships effectively and constructively.

It involves perceiving, expressing, understanding, and regulating emotions and is considered more important than IQ for predicting success and happiness.

Emotional intelligence is a skill that can be developed and is not necessarily an inborn characteristic. 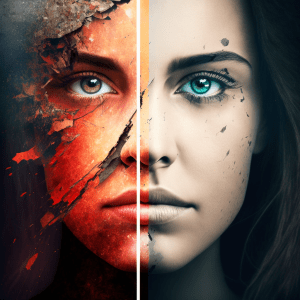 What Is Emotional Intelligence Or EI/EQ?

What defines emotional intelligence is an awareness of your emotions paired with the skills needed to manage emotions.

An emotionally intelligent person does not necessarily have a strong intelligence quotient, yet they tend to have better mental health.

This is because the smartest people are not always in control of their own emotions.

Your IQ may help you get good grades in school; however, your EQ is the skill that allows you to best manage the stress of getting those good grades.

In fact, IQ tests and EQ tests differ quite a bit.

The former test focuses on your cognitive abilities, while the latter is focused more on your observational skills.

If you’re looking to better manage emotions at home or at work, you’ll have access to a toolkit at the end of this article to help you get started.

The History Of EI

The concept of EI has its roots in the work of early psychologists and philosophers.

Still, it was popularized in the 1990s by Daniel Goleman in his book “Emotional Intelligence: Why It Can Matter More Than IQ.”

The origins of EI can be traced back to the ancient philosophers, who recognized the importance of emotions in human life and the need to understand and regulate them.

For example, the Greek philosopher Aristotle wrote about the role of emotions in moral decision-making.

He argued that individuals who had the ability to reason about their emotions were more likely to act virtuously.

In the 20th century, psychologists systematically studied emotions and their impact on behavior.

In the 1960s, psychologist John Mayer and social psychologist Peter Salovey developed the concept of “emotional intelligence,” which they defined as the ability to process emotional information. 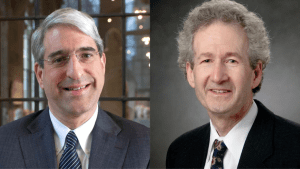 In the 1980s and 1990s, researchers started investigating the relationship between EI and various outcomes, such as job performance and leadership ability.

Daniel Goleman’s book “Emotional Intelligence” popularized the concept of EI and brought it to the attention of a wider audience.

Goleman argued that EI is a crucial component of success in life and that it can be developed and improved through training and practice.

Since the publication of Goleman’s book, the concept of EI has gained widespread attention and has been applied in various contexts, including education, business, and psychology.

There have been numerous studies on EI and its relationship to various outcomes. Here are some statistics on EI:

It is important to note that these are just a few examples, and the relationship between EI and various outcomes may vary depending on the specific context and population studied.

Additionally, it is essential to recognize that EI is just one factor influencing these outcomes, and other variables may also contribute.

Why Is Emotional Intelligence Important?

Overall, EI is important because it helps individuals to navigate their relationships and environments effectively and to lead fulfilling and successful lives.

EQ is a strong indicator of good mental health but not so much one’s intellectual ability.

Your ability to manage stress and be aware of it in real-time places you in the driver’s seat of how you respond instead of the back seat.

People with strong emotional intelligence tend to respond instead of reacting.

They replace an automated reaction with a more well-thought-out response.

This skill allows people to become the master of their emotions as opposed to the slave to them.

Managing emotions is a strong indicator of one’s personal and professional life quality.

Self-awareness is the #1 skill most therapists and coaches seek to develop with their clients or athletes.

Research shows that a self-aware person is more likely to achieve success in their personal and professional life.

EI helps manage emotions, which is important because emotions are often how we describe our life, as emotions are the end product of experiences.

Here are some benefits of developing emotional intelligence and how to use them.

Mastering your emotions is essential because it’s one of the greatest influences on decision-making.

This is why it’s a critical trait of an effective leader or CEO.

The ability to diffuse a highly charged emotional interaction is a benefit of mastering your EQ.

Your ability to feel motivated and motivate those around you is another powerful benefit of boosting your EI.

High EQ invites paying attention to what motivates your team and what doesn’t.

Becoming a strong leader, manager, or team member is one of the most recognized benefits of a high EQ in the workplace.

Strong emotional abilities among leaders are one of the most significant indicators of success within an organization’s leadership team.

Your social skills will improve dramatically as your EQ improves.

Releasing your attachment to emotions is an art and skill that can set you free from the feelings of your past.

Becoming more aware of the present moment is one of the most potent benefits of boosting your EQ.

A solid interpersonal connection happens when you meet someone who gets you.

They understand how you feel and how you see things, and it builds a strong bond.

The nonverbal cues we exhibit are strongly correlated to the current emotional state we live in.

A dissatisfied boss may cross their arms, furrow their brow, and give off bad vibes.

Improved EQ helps us better recognize how we carry ourselves and how that impacts others.

The most significant factor in determining the amount of emotional intelligence someone has starts with their ability to correctly interpret the emotions they feel.

An anxious person with poor emotional awareness will make poor decisions without recognizing the root cause unconsciously influencing their choices.

How To Improve in These 3 Circles Of Your Life

EQ can give you the ability to enhance all aspects of your life.

The big three circles you can influence are:

Stress and anxiety are the #1 emotional complaints in the last 10-20 years.

A study by X shows that better management of your emotions can greatly impact your mental and physical health.

Many businesses and human resource directors use EQ as a part of their hiring process.

This is a powerful tool for better screening the candidates they are considering.

Emotionally intelligent people tend to perform better under stress and in fields where interpersonal skills are critical skills to master.

Social intelligence is one of the most notable benefits of mastering your emotions.

This doesn’t just mean managing your own emotions yet also better understanding the feelings of others.

Greater emotional intelligence is a core finding in long-term relationships built with a solid emotional foundation. 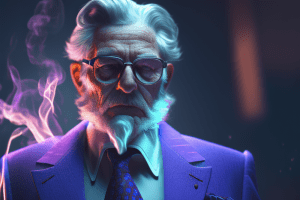 The 5 Components Of Emotional Intelligence

These factors affect EI the most.

The five key emotional competencies are:

Knowing thyself is, without question, the most significant factor in measuring one’s emotional quotient.

Are you more the prisoner of your feelings or the prison guard in control?

The ability to recognize an impulse and decide whether to let it out of its cell or keep it locked up is an example of self-regulation.

The ability to understand and share the feelings of others.

This includes being able to perceive the emotional needs of others and respond with appropriate concern and care.

The ability to use one’s emotions to drive actions and behaviors.

People with high emotional intelligence are often highly motivated and able to pursue their goals with passion and determination.

The ability to properly recognize and manage nonverbal cues in personal relationships.

This is one of the key skills required to enjoy a personal life filled with great friends you can trust and rely on.

What Are Good Examples Of Emotional Intelligence?

Higher EI is found in people with the following traits and skills.

Here are some good examples of EI.

Here are signs of higher levels of EI.

There are undoubtedly additional signs; however, these are the most noteworthy.

These are signs of low EI.

It’s important to note that EI is not fixed and can be learned when you use proven strategies for developing it.

How Is Emotional Intelligence Measured?

Can emotional intelligence be measured?

The answer is YES!

There are several ways to measure it.

The most common method is self-report questionnaires, in which individuals are asked to rate their abilities or tendencies concerning various aspects of EI.

Some examples of EI self-report questionnaires include:

There are also other methods for measuring EI, including objective tests (such as tasks or simulations that measure EI-related skills), performance-based assessments (such as ratings of EI by supervisors or peers), and physiological measures (such as changes in heart rate or facial expressions).

It is important to note that no single measure of EI is considered definitive, and different measures may yield different results depending on the specific context and population being studied.

Additionally, some experts have questioned the validity and reliability of EI measures, and further research is needed to fully understand the strengths and limitations of different approaches to measuring EI. 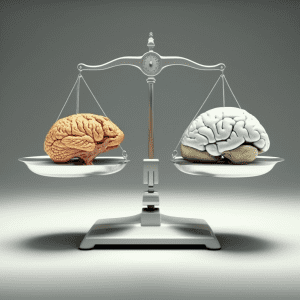 Try One Of Our Free Emotional Intelligence Tests

Emotionally intelligent people receive an emotional quotient score between 70 and above.

This helpful report is only a basic guideline to explain the types of questions asked on a more formal test.

Improving EI starts with an emotional intelligence training program that is clear, easy to understand, and actionable.

Building your EQ invites you to own emotions instead of allowing them to own you.

You can learn to be more emotionally intelligent as it’s considered a skill more than a given trait or characteristic.

The skills to master to improve your emotional intelligence are not difficult to master, yet breaking your habitual patterns is!

Here are our most popular resources and training tools to build your emotional intelligence skills and master your emotions.

Emotionally intelligent people are experts in business management as well as relationship management.

Their ability to interpret nonverbal communication cues, recognize body language cues and identify the emotional states of others are just a few crucial skills required to be an effective leader.

Start managing your emotions better with our EI Toolkit PDF. 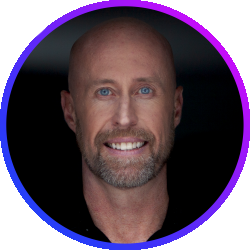 Dr. Jay Cavanaugh is the founder of The VIBE Mindset. As a medical professional, a high-performance mindset coach, and an expert in emotional intelligence, he focuses on powerful techniques to reprogram your mind and build your identity.

5 Components Of Emotional Intelligence [WHAT ARE THEY?]
December 21, 2022

How to Find The Best Emotional Intelligence Coach [For Leaders]
December 21, 2022

How to Let Go of Emotional Attachment Using The Sedona Method
December 21, 2022

How to Turn Off Your Emotions Instantly (Works VERY FAST)
December 21, 2022
Go to Top